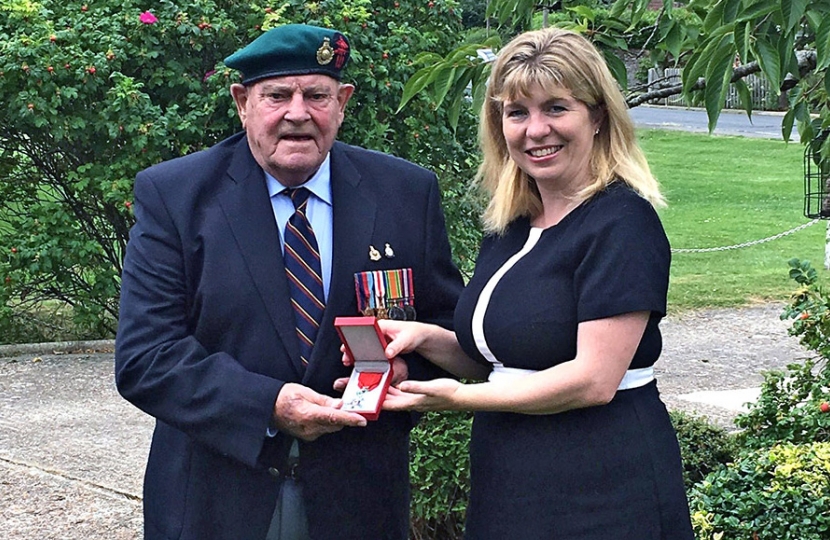 Maria Caulfield MP is urging veterans from the Lewes constituency to come forward to commemorate the 75th Anniversaries of VE Day and VJ Day.

Veterans can be of British, Commonwealth or Allied origin and all costs for their attendance will be met by The Royal British Legion and its partners. Registration closes for VE Day veterans on 17 February and for VJ Day veterans on 31 March.

Maria Caulfield MP said “I would urge all Second World War veterans across the Lewes constituency to get in touch with the Royal British Legion so that they can take part in these special celebrations to honour them and those lost in the Second World War.

"These major events will be funded by the Royal British Legion so provides an excellent chance for veterans to take part. It is vital that we honour the sacrifice of these veterans and those who are no longer with us on these important 75th anniversaries.”

Maria is pictured with Patrick Kent, proudly displaying his medal.

Excellent chance for veterans to take part. It is vital that we honour the sacrifice of these veterans.