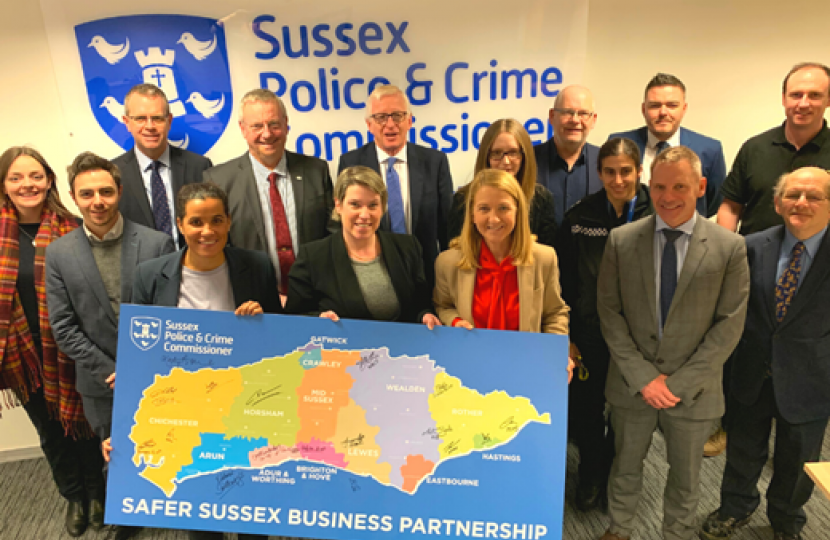 An update from the Sussex Police and Crime Commissioner, Katy Bourne OBE, on tackling business crime in Sussex.

In 2019 there were 19,835 reports of business crime in Sussex, an increase of 5% over the previous year. Theft, criminal damage, burglary and violent crime were amongst the top reports. However, I've heard from local business owners and larger retailers that it is still vastly under-reported and is having huge impacts on its victims and wider community.

In today’s meeting it was raised that local stores in Sussex are losing on average £100k-£150k per year from shoplifting. Staff are left feeling helpless when they see crimes take place and are struggling to find the time to record and report due to the volume of incidents.

Danny Malloy, representing Tesco in the South East said: “We know that only a small proportion of crimes in our stores are reported to the police. We must work with our colleagues to make it easier for them to report. At the moment people are shoplifting with no fear of reprimand; we can now work in collaboration to change this attitude.”

The partnership will be encouraging local businesses to report all crimes against them so we can build an accurate picture for Sussex. The Force is already working on developing a clear understanding of different types of business crime and ensuring they are accurately recorded and flagged in police systems.

This week I welcomed a report, published by Her Majesty’s Inspectorate of Constabulary and Fire & Rescue Services (HMICFRS), acknowledging that Sussex Police was “good” at reducing crime, keeping communities safe and tackling organised crime. However, I'll be expecting further improvements in safeguarding vulnerable people, assessing risk and demand and more efficient use of resources where they're most needed.

Some of the areas highlighted have been addressed or improved since HMICFRS visited the Force ten months ago. With 379 additional police officers and 100 extra PCSOs on the way and a dedicated rural policing team, local people are seeing and feeling safer.

Investment in the 101 non-emergency service has driven down call waiting times by over 70% and the Force now has a team of specialists supporting sexual offence investigations. 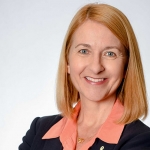 Katy Bourne has been the the Conservative Sussex Police and Crime Commissioner since winning the inaugural election in Sussex in November 2012.

We are pleased to report that on the Saturdays 5th, 12th & 19th December, fourteen of Lewes’s Pay & Display car parks will be free for parking.

This applies to the following LDC Car Parks (on-street parking is not included):