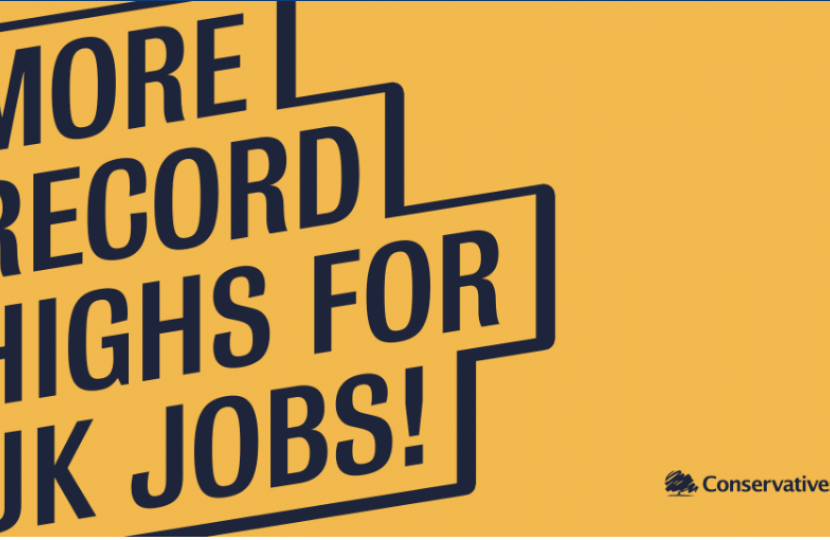 Employment in our country continues to grow and is now at a record high – with more people in work than ever before and unemployment at its lowest since 1974, giving families the security of a good job and more money in their pockets thanks to another month of rising wages.

It means under the Conservatives, 475,726 more people in the South East have the security of a job and a wage that puts more money in their pocket each month.

The Conservative Government are making sure work always pays: in Lewes, the number of people claiming key out-of-work benefits has fallen by 261 since 2010.

The Government are giving the National Living Wage its largest cash boost ever in April to £8.72 – giving nearly 3 million people a well-earned pay rise – with ambitions is to take it to £10.50 by 2024.

Maria Caulfield MP has welcomed these figures, saying “These latest jobs figures are another sign that the Conservatives are providing opportunities for people across the country. With a record high number of people in work, more families in Lewes can plan for their future with confidence.”

“I am pleased the Government is focused on levelling up across the country and support the action they are taking to spread opportunity to communities like ours. In the coming years we will see people earn higher wages and keep more of their hard-earned cash, which is great news for families across our constituency.”

·       Wages: Average weekly earnings for employees increased by 3.2 per cent compared with a year earlier – growing by 1.8 per cent after adjusting for inflation, – meaning they are at their highest level since before the financial crisis.

Government is focused on levelling up across the country and support the action they are taking to spread opportunity to communities like ours.