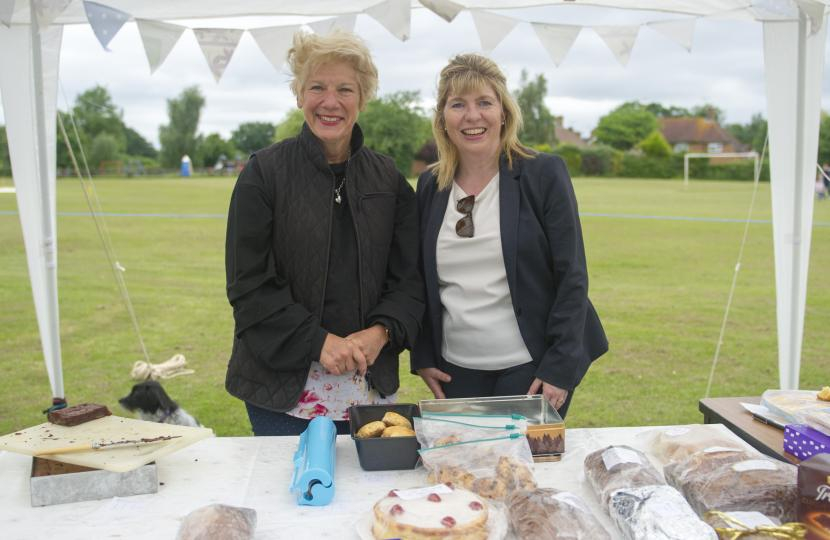 Maria Caulfield MP and Cllr Nancy Bikson, the MP and Councillor for Wivelsfield respectively, spoke up for residents during the appeal hearing in Wivelsfield for the application Land East of Ditchling Road, Application LW/21/0729.

Maria and Nancy objected to this application when it originally went to planning committee and commented on why they believe the refusal should be upheld.

Both Maria Caulfield MP and Cllr Nancy Bikson were met with rounds of applause during their speeches.

Maria Caulfield MP said “As the MP for Wivelsfield, it was crucial I was able to attend the appeal hearing today as this is such an important topic for Wivelsfield residents and one that myself and Cllr Nancy Bikson have been objecting too profusely. I fully support Lewes District Council in their reasons for refusal and ask that they be upheld.

"I want to make it clear that myself and the residents of Wivelsfield are not opposed to housing. They were one of the first parishes in my constituency to develop a neighbourhood plan committing to building 34 houses to meet their commitment as set out in the Lewes Local Plan. The reason they are opposing this development is because they have considered this site multiple times in the development of their neighbourhood plan but also previous applications for this site in 2016 and every time have found this site is not suitable for the housing need in the parish because as set out in their neighbourhood plan it would go against their policy that any housing in the parish of Wivelsfield should be."

"I urge the inspector to uphold the refusal as there is no evidence that the housing need either in Lewes or Wivelsfield is not being met currently and we are not confident that the many concerns residents have will be addressed later through reserved matter applications."

"I want to thank everyone that attended and ensured their voices were heard as without attendees speaking their minds, we can’t fight this planning application.”