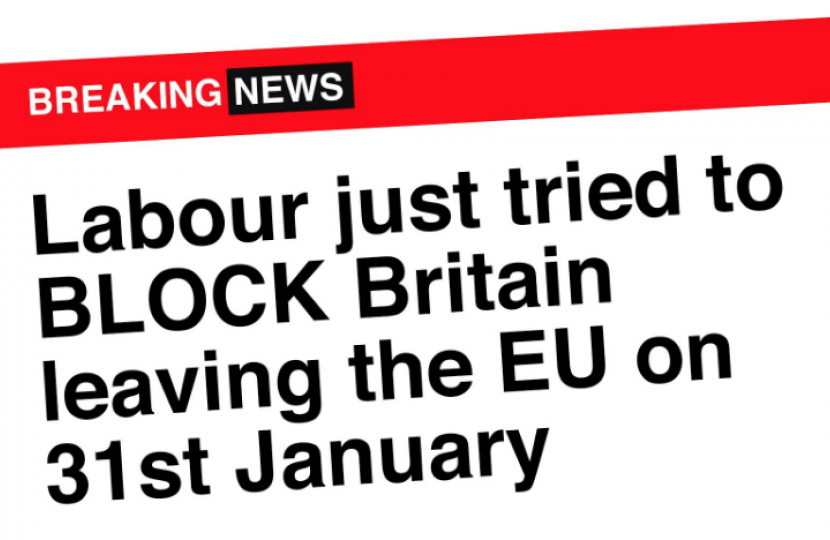 Last night Parliament backed the Prime Minister’s Brexit Deal at its Third Reading, building on our overwhelming mandate to get Brexit done by 31 January and unleash Britain’s potential.

This was the first of many actions this Government will take to repay the trust placed in us by every single person who voted Conservative. For the many people who voted for us for the first time, we will work around the clock to repay that trust and to deliver on your priorities.

Because of your vote, we now have a parliament that works for you – delivering on our promise to get Brexit done on the 31 January.

This means we can look ahead to forging a new positive partnership between UK and EU, striking new free trade deals across the world and focusing on the priorities of the British people.

“This bill was to secure our departure from the European Union with a deal that gives certainty to businesses.”

“It protects the rights of our citizens and ensures that we regain control of our money, our borders, our laws and our trade policy.”

“Once this bill has been passed, and the Withdrawal Agreement ratified, we will proceed swiftly to the completion of a free trade deal with the EU by the end of December 2020.”

“As laid out in our manifesto, bringing the supremacy of EU law to an end and restoring permanently the sovereignty of this place.”

But Labour are still trying to block Brexit

We promised to deliver Brexit by the 31 January. But Labour are still trying to block it.

231 opposition MPs have tried - yet again - to stop Brexit by voting against the EU Withdrawal Agreement Bill in Parliament. The last Parliament was obsessed with arguing about Brexit - and Labour wants to drag us back to dither and delay.

By contrast, every single Conservative MP voted in favour. Now, thanks to your vote, we are getting Brexit done.

We are getting Brexit done