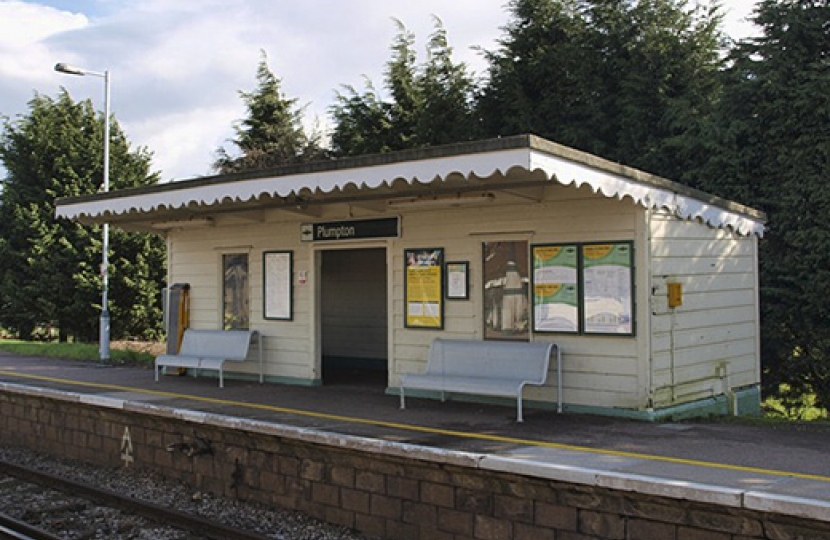 Southern Rail are to make changes to the planned standard charges and times of parking at Cooksbridge and Plumpton Railway Stations following an intervention from Maria Caulfield MP and local user groups.

The planned introduction would have seen charges for Cooksbridge beginning at the standard time of 04.00 but this has been moved to 05.45 before the first train just after 06.00.

Planned charges for Plumpton will be reduced from £6.60 to £4.20 to make them in line with nearby Burgess Hill railway station.

The charges will apply Monday to Friday between 04.00-17.00 at Plumpton and 05.45-17.00 at Cooksbridge meaning that parking will still be free at evenings and at weekends.

Maria Caulfield MP said “I still have concerns about the introduction of parking charges and the impact they will have on neighbouring residential roads but I am pleased that Southern Rail have listened to myself and local user groups and have made changes to their plans for parking charges at Cooksbridge and Plumpton.

"I will be keeping an eye on the implementation to ensure that it does not negatively affect those living in the area around the station and will support them if necessary.

"I still have reservations about these charges being introduced but at least this is a step in the right direction.”

I will be keeping an eye on the implementation.