"The CPF plays a key role in ensuring that Party members‎ have the opportunity to help shape Government Policy. We need to make the most of all of the talent that exists within our Party, and harness our members' enthusiasm." (Prime Minister Theresa May)

The CPF is a national Party group that gives members the opportunity to discuss the major policy challenges facing Britain. With almost 250 active groups across the country, a fantastic voluntary team and strong professional support from CCHQ, the CPF has a vital role at the heart of the Conservative Party. With a direct line to the Prime Minister's Policy Unit and Government Ministers, a programme of regular national policy discussions, members' surveys, video conferences with leading members of the Party and roundtable discussions at 10 Downing Street, its members have a real say in the direction our Party is taking.

CPF Members have played an important role in recent years, providing a number of ideas that have gone on to become Party and Government policy, and the work of its members out on the ground made a real difference to the outcome of the 2015 and 2017 general elections. There is a genuine recognition at the top of the Party that the views of members need to be sought and heard.

As we implement our Conservative manifesto and formulate our vision for the years ahead, it is as important as ever that we demonstrate how only the Conservatives will make the difficult decisions needed to secure a better and brighter future for Britain. 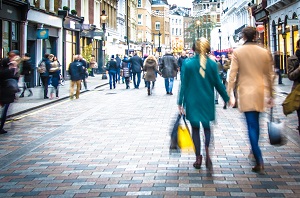 The UK is leaving the EU, albeit seven months later than originally expected, so the CPF has a real opportunity to help shape the Post-Brexit Economy.

Despite the present deadlock in Parliament and widespread feelings of disillusionment that this has generated across the country, No.10 and the Party are looking to the CPF to understand the views of its members and supporters more than ever before. That is in part because the CPF is continuing to grow (with 56 new groups formed in the past year alone and overall active participation up by around 10%).

Therefore, following our recent discussions on Global Britain and Sustaining Democracy, now is the time for us to let the Party leadership know how the country can build on its past success and current strengths to ensure a prosperous future for all.

Be sure that the views of your local association are heard! What should a fair Conservative tax offer look like? How should public services be fairly funded? Which services should be funded purely by local communities? Download the discussion paper and response form from our website

We are also pleased to be able to share with you the formal response from Downing Street to our national policy discussion on disability and inclusion and our subsequent roundtable meeting at No.10.

We look forward to hearing from you and your group on this crucial topic at this vital point in the history of our Party and country.