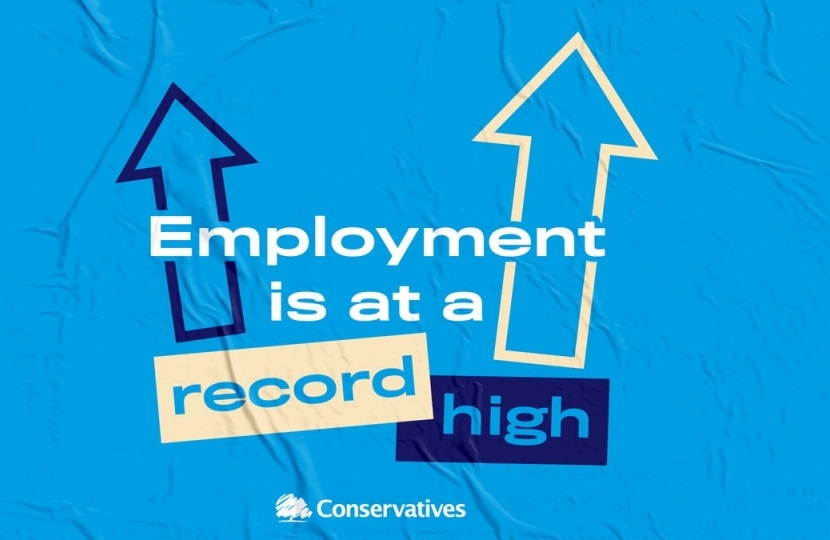 It's been revealed that there are now more women in work than ever before – and Britain's unemployment rate is at its lowest since 1974.

The new independent figures show the fundamentals of the British economy remain robust with Conservatives.

New figures show that the number of people in work is at a record high and wages have risen at their fastest pace in a decade. With wages continuing to increase faster than prices, more people have the security of a regular wage and can provide for their families.

The Conservatives are helping people into work by reforming welfare so work always pays, while backing businesses to create more, better paying jobs across the whole country through our careful economic management and modern Industrial Strategy.

Since 2010, we have helped over 3.6 million more people into employment. The number of people out of work is at its lowest since 1975, at 3.9 per cent – as we are helping people into work so that they have the economic independence that a job brings and can reach their full potential.

Behind every employment number is a person and a family whose self-esteem, mental wellbeing, economic circumstances and life chances are all vastly improved by being in the workplace.

At the Spring Statement, the OBR confirmed Britain’s employment success is set to continue:

Labour don’t know how to handle the economy and would hurt the people they claim to want to help, just like last time: